The History of Toilets and How Plumbing Eradicated Disease 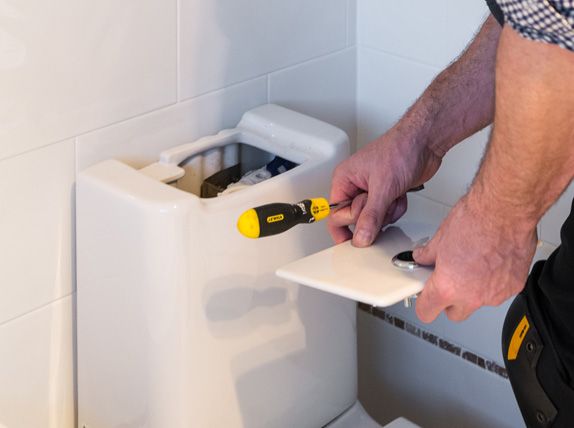 From Ancient Egypt to today, plumbing – especially toilets – has changed a lot over the years and has had a large impact on the hygiene of the world.

In Ancient Egypt the rich had proper bathrooms and toilets in their homes. The toilet seats were made of limestone and underneath was a container filled with sand which had to be emptied by hand. If you were rich, the slaves would remove the waste for you.  Poor people of Ancient Egypt had a wooden stool with a hole in it.

During the roman period, the use of public toilets was treated as a social event. Those who used them would sit and chat about the comings and goings of their lives. When finished, a sponge on a stick was used to wipe themselves clean.

During medieval times peasants and servants used privies (toilet located in a small shed-like building) that were located at the ends of streets.  People also used garderobes – a small room with an opening for waste, usually suspended over a moat.

In 1596 Sir John Harrington invented a flushing lavatory with a cistern. This idea, however, failed to catch on due to the times.

During the 19thcentury the population of Britain increased quickly. The number of toilets, however, did not – there were, on average, 1 toilet to every 100 people in the country. Because of this, sewage spilled into the streets and rivers and entered the water supply. This led to tens of thousands of people becoming ill and dying due disease outbreak.

In 1848 the British Government decreed that every new house should have a water closet. The government also commissioned building sewers throughout London in 1858. The work was completed in 1865.

In 1852 the first modern public lavatory was opened.

In the 20thcentury toilets with flushable valves and water tanks resting on the bowl were introduced. The toilet paper roll was also introduced – though not quite as soft as some are today.

In 2001 the World Toilet Organisation was formed.

Before plumbing was used widely, inside facilities consisted of a wash stand a pitcher, a wash bowl, and a chamber pot or commode (a box with seat and lid covering a porcelain or copper pot.) Human waste was thrown into the street. Due to the lack of sanitation, a perfect environment for rats and other vermin to thrive.  These creatures loved these living conditions and were – and still are – carriers of disease.

Diseases such as the black plague, polio, and cholera were all spread through the lack of proper hygiene.

Polio thrives in faecal matter and is transmitted through human wastes. Although polio is rare in areas where sanitation and hygiene are good, areas such as India – where conditions are poor – polio can spread rapidly.

Cholera spreads easily through contaminated water and food and kills quickly. It is often fatal within hours of the first symptoms of vomiting and diarrhea.

In the mid 1800’s, Dr. John Snow traced the England Cholera Outbreak back to a dirty diaper being washed in a well. After some time, Dr. Snow convinced authorities that faecal matter contaminates water supply. This is believed to have impacted the British Government decree regarding water closets.As sanitation prevents disease by removing the cause of disease transmission, the introduction of plumbing has helped to decrease the spread of disease. There are still, however, parts of the world where disease is still being spread due to their lack of plumbing and access to clean water.  The World Toilet Organisation (formed in 2001) is working towards providing sanitary to solutions world-wide.